They were on their way to an island, and there they meet a tribal leader with two daughters. The eldest daughter was a beauty, the younger daughter was not exactly pretty.

The two skippers started a conversation with each other:

“Finally, I have found my happiness, I’ll stay here and marry the daughter of the tribal leader.”

“Yeah, you’re right, the eldest daughter is a beauty. You made an excellent choice to want to marry her.”

“You misunderstood me, friend! I want to marry the youngest daughter of the tribal chief.”

“Are you crazy? She is for sure not the prettiest one.”

The other left the island and continued his quest for happiness …

The future groom wanted to marry on the island, but it was custom to pay a dowry to the tribal chief. A suitable bride was worth 10 cows.

The sailor bought ten cows and went to the tribal chief …

“Tribal Chief, I want to marry your daughter and give for her 10 cows.”

“This is an excellent choice. My oldest daughter is a beauty and very smart, she is worth 10 cows. I give you my permission.”

“No, tribal Chief, you don’t understand me. I want to marry your younger daughter.” 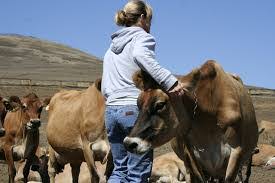 “Are you joking?! You can surely see that she’s not pretty.”

“That’s right if you really want, but as an honest man, I can not take ten cows for her, because she is not worth 10 cows.”

The tribal chief accepted the offer, and so the skipper and the youngest daughter got married.

A few years later, the other skipper visited back the island to see how it went with his friend now.

Once ashore; he saw a beautiful woman coming toward him. He asked her how he could find his friend. She showed him the place where his friend lived. Arrived he saw his friend, sitting surrounded by happy children.

When that same beautiful woman came inside…

“How can this be, you’ve married again?”

“Ask her yourself.” Replied his friend.

When he asked her modestly:” Sorry for my rudeness, but I can remember that you were not exactly pretty. What happened that you have become so gorgeous.”

“Very simple, one day I realized that I was worth ten cows.” She replied.

Are you worth 10 cows? Do you understand how much you are worth?

Let me know below in the comments section 🙂

What are you willing to do to succeed in business?