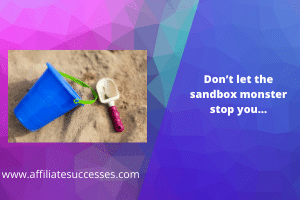 Many people who buy their domain name and start a business blog and don’t see fast rankings, think they failed, or that their content is dead stuff.

That is because they never heard of the "Google Sandbox effect"...

The Google Sandbox refers to an alleged filter that prevents new websites from ranking in Google’s top results. Think of it like a probation period—even if you do everything right, your site won’t get decent rankings until get out of it.

The Google Sandbox is for new domains, not new sites

It’s worth telling you that this "probation period" is for new domains (domains that Google hasn’t indexed before). If you have an existing website that ranks well for various keyword phrases and then you decide to do a complete site redesign, you will be just fine.

A site redesign does not get you placed in the Google Sandbox. The sandbox effect is just for new domains.

Google has not officially confirmed the Google Sandbox. But many SEO companies are confident in its existence, as they see sandbox-like effects when trying to rank new websites.

In the early days of SEO, it was much easier to spam Google. You could set up a website, and as long as it was properly keyword optimized, you could build links to it and rank almost overnight. There were many website owners, SEO companies that made use of practices that increased their site or pages rank in search engines higher through means that violate the search engines' terms of service and.took advantage of this by creating tons of spammy websites. They created the sandbox to defend against these spammy tactics.

According to the SEO industry, the Google Sandbox effect lasts somewhere between 1 and 6 months. The negative effect on rankings is very strong for the first couple of months, and by the time you’re past three months you should be pretty good. By the time your domain is at six months, you’ll have very little Sandbox effect at all.

As Matt Cutts (Former Head of Web spam Google) said back in 2010, there is some difference between a domain that’s six months old and one that’s 12 months old, but the difference at that point is incredibly small. The important thing is to wait out those first few months.

So if Google puts you into the sandbox and therefor has penalized you, there’s really two core outcomes.

They reevaluate and find you actually do fit the profile of a spammer or SEO results manipulator or you eventually get your release papers, get out of the penalty sandbox, and get to compete in the full Google search rankings.

In the old days when Google decided it didn't like the content on a site, typically a very thin spammy site which was thrown up just to make money it used to sandbox it. This term meant Google had buried it so deep in sand and it would never surface again. Some resurfaced after a manual review, but very few, basically if you had a site that had been "sandboxed" the only thing to do was bury it.

Make sure your website does not become a buried treasure!

5 tips to get faster out of the G sandbox

When your site has gone live on the web, it isn’t yet alive to Google until it’s got indexed.
To ensure your site gets indexed fast, verify it with Google Search Console and request indexing.

A sitemap is a file with information about the pages that need to be indexed. So it’s definitely the right place where you should list the web pages of your site to tell search engines about your content and help them find exactly what they need. Moreover, it can provide valuable page metadata: last page update, update frequency, and page importance level in your content hierarchy.

As Google says, you can benefit from adding a sitemap to your website and never get penalized for having one. That’s already a good enough reason to create one, right?

Write relevant content that adds value to your readers on a regular base. Following a writing schedule keeps you on track of blogging regularly. Ideally, if you just start, 3 to 5 times a week.

Use Long-tail or Low Competition Keywords

While you aren’t getting search engine traffic yet to your site, it may happen that with some low competition or long-tail keywords, some content can receive rankings for such keywords while you keep struggling to get out of the sandbox period.

And to come up with some low competition keywords, you have keyword research tools like Jaaxy at your disposal to leverage.

While this doesn’t impact rankings directly, it’s a pointer to Google that your blog is gaining some traction on social media. And with this, Google can begin to trust your site and present it frequently to users based on its relevance to specific search queries.

There is no monster

Everyone who begins a new website with SEO aim has to go through the Google Sandbox, but it’s temporary and if you do things right, you’ll get out of it.

Google sandbox is just another word for “website maturity”, where you don’t get that favor from them until your site “matures” or “grows” by creating valuable content over time to the point where it can be taken seriously.

If you don’t understand this and try to “skip” this process by trying to build up your site through bad methods of SEO (read violating search engines policies) which I am 100% against. That so many people used these bad methods for so many years was one reason Google was forced to make ranking on their search harder for people to see success with it.

Which method(s) do you use to get better rankings for your newly created website? Share below in the comments. 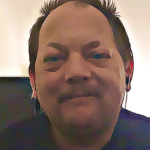 Thank you for your time. All you have to do now is click one of the buttons below to share with people you know or leave a comment. I thank you if you do ?

What did you think? Write a review.

Why consistency is important when you blog

You make these internal links mistakes?