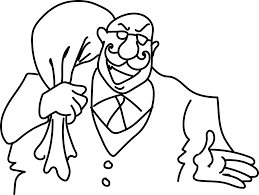 A Ponzi scheme is an investment fraud that pays existing investors with funds collected from new investors. Ponzi scheme organizers often promise to invest your money and generate high returns with little or no risk. But in many Ponzi schemes, the fraudsters do not invest the money. Instead, they use it to pay those who invested earlier and keep a lot for themselves.

With little or no legitimate earnings, Ponzi schemes require a constant flow of new money to survive. When it becomes hard to recruit new investors, or when large numbers of existing investors cash out, these schemes collapse.

Do I need to tell you if this kind of practice is illegal? Well, it is!

Here is what FTC says about it:

A Ponzi scheme is closely related to a pyramid because it revolves around continuous recruiting, but in a Ponzi scheme the promoter generally has no product to sell and pays no commission to investors who recruit new "members." Instead, the promoter collects payments from a stream of people, promising them all the same high rate of return on a short-term investment. In the typical Ponzi scheme, there is no real investment opportunity, and the promoter just uses the money from new recruits to pay obligations owed to longer-standing members of the program. In English, there is an expression that nicely summarizes this scheme: It's called "stealing from Peter to pay Paul." In fact, some law enforcement officers call Ponzi schemes "Peter-Paul" scams. Many of you may be familiar with Ponzi schemes reported in the international financial news. For example, the MMM fund in Russia, which issued investors shares of stock and suddenly collapsed in 1994, was characterized as a Ponzi scheme.

Both Ponzi schemes and pyramids are quite seductive because they may be able to deliver a high rate of return to a few early investors for a short period of time. Yet, both pyramid and Ponzi schemes are illegal because they inevitably must fall apart. No program can recruit new members forever. Every pyramid or Ponzi scheme collapses because it cannot expand beyond the size of the earth's population. When the scheme collapses, most investors find themselves at the bottom, unable to recoup their losses.

Charles Ponzi was the infamous swindler who payed out returns with other investors' money. The "Ponzi scheme" is named after him. After running a highly profitable and expansive investment scheme, Ponzi was arrested on August 12, 1920, and charged with 86 counts of mail fraud. Owing to an estimated $7 million, he pleaded guilty to mail fraud, and subsequently spent 14 years in prison. He died on January 18, 1949, in Rio de Janeiro, Brazil.

How to recognize a Ponzi scheme?

They claim to have some real way to earn money and people join because they believe it works.
Then they are told to refer extra people to the system because then they can earn more money.
Newcomers pay money to join.
Owners of the program take some of that money and share part to the existing members.
They repeat the cycle until....authorities stop the system and throw owners to jail.
Or, new people stop coming in, and the system stops existing.

A common thing with Ponzi schemes is that they claim to have a legitimate way to make money. Whether it's some investing system or cryptocurrency farm.

However, that's just a hook to get people to join, but it never really exists. The only way how people REALLY make money in Ponzi schemes is by inviting new members to the program.

None, it is in fact illegal!

People who join these schemes end up losing a lot of money. Stay away from it.

Authorities uncovered 60 alleged Ponzi schemes last year with a total $3.25 billion in investor funds — the highest amount since around the time of the Great Recession, according to new data.

Bernard Madoff ran the largest Ponzi scheme in history, a $65 billion scam affecting thousands of investors that came to light in 2008 according to CNBC.

Maybe yes, but probably not. Fresh ones seem to pop up all the time.

And the reason they get exposure is that some people defend and promote those Ponzi schemes.

Those people are usually just uneducated and probably don't even understand what they're doing and are not aware it is illegal business practice.

A wake up call they get when they realize their money has gone too into the pockets of the one who set up the scheme.

Get started through this link and get My SPECIAL BONUS!

Join Wealthy Affiliate now, and I will see you inside!

If you find this article informative, share it with your friends!

My ProWritingAid Review – A grammar and spelling checker – Update 2022