CEOs of the biggest tech companies Apple, Google, Amazon and Facebook came on 29th of July before the United States Congress in a historic antitrust hearing.

The CEOs of the biggest tech companies Apple, Google, Facebook and Amazon appear today before the United States Congress where much is at stake as they have to answer tough questions from politicians about their power, size and scope.

The hearing may be the only opportunity for the Antitrust, Trade, and Administrative Subcommittee to publicly interview Big Tech executives during the 13-month, two-part investigation into each company's business practices and whether these practices impede competition illegally.

Bezos, Cook, Pichai and Zuckerberg made a plethora of positive comments about their companies prior to the hearings.

"Facebook is a proud American company," Zuckerberg said in his prepared comments ahead of the hearing. "Our story would not have been possible without US laws that encourage competition and innovation." However, he also acknowledged his "concerns about the magnitude and perceived power of technology companies." Zuckerberg states that "we compete with the companies that appear at this hearing, plus many others who sell ads and connect people. We also compete worldwide, including with companies that have access to markets where we are not."

Zuckerberg will also defend Facebook's acquisitions by saying the social media platform has helped companies like WhatsApp and Instagram grow. Both are owned by Facebook. He will also remind legislators of the competitive threat facing US technology companies from China, saying that the Asian country is "building its own version of the Internet that focuses on very different ideas, and that they are exporting their vision to other countries." Zuckerberg also renewed Facebook's call for government regulation. He has previously called for more laws in areas where the company has been criticized, such as harmful content on social media, election integrity and privacy.

Apple is facing EU investigations into the fees charged by the App Store and technical restrictions allegedly excluding competitors from Apple Pay. Cook will argue that the costs that Apple charges for selling services and other goods are reasonable, especially compared to what other tech companies collect.

Pichai was confronted two years ago by the Congress on online privacy and data protection, the danger of digital monopolies, alleged bias against conservative views and censorship by China. He acknowledged some points, but avoided the answers that the legislators demanded. EU regulators have already concluded that Google manipulated its search engine to gain an unfair advantage over other online shopping sites in the e-commerce market and got Google - whose parent company Alphabet Inc. is - a record fine of $2.7 billion. However, Google has disputed the findings.

Jeff Bezos will paint the online giant Amazon as a lively American "success story" while accepting the need for scrutiny. "I believe we should review Amazon," said Bezos in his preliminary comments posted online ahead of the unprecedented antitrust hearing. Bezos says Amazon takes up a small portion of the total retail market and competes with retailers like Walmart, which is twice the size. Bezos also says that the COVID-19 pandemic has boosted e-commerce companies across the spectrum and not just Amazon. 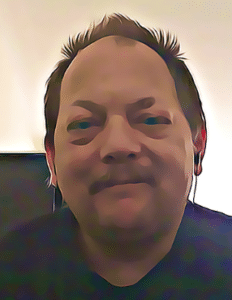 If you find this article informative and you liked it, share it with your friends or family. If you do ,I humbly thank you.